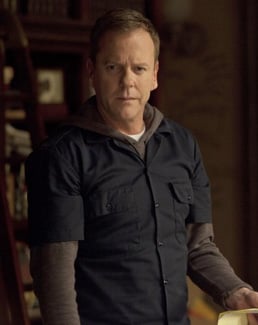 Although Fox's Upfront presentation isn't until next week, the network has already come forward with some bittersweet news. They've renewed the Kiefer Sutherland drama Touch for a second season, but Alcatraz and The Finder have both been axed.

J.J. Abrams's supernatural action series Alcatraz might not be dead and buried yet; the show is reportedly being shopped around at other networks, so there is a chance it could be revived. Unfortunately, Bones spinoff The Finder is most likely done forever. If you're a fan, be sure to catch the finale Friday night for one last goodbye to the series.

Bulgari
Mj Rodriguez Sketched Her Own Emmys Dress, but Turns Out, It Was Already in Existence
by Sarah Wasilak 23 hours ago