Fart jokes, coy sexual innuendo, slapstick — it's just another day in the 1800s! In Burke and Hare, Simon Pegg and Andy Serkis star as real-life murderers Burke and Hare who collected bodies to sell to science. It sounds like a gruesome period tale (and it actually exists in the history books!), but leave it to the two British goofballs to put their off-the-wall comedic spin on the story. Somewhere, the real Burke and Hare must be turning over in their graves. 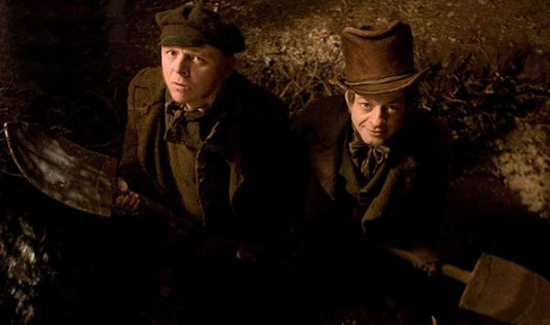 Isla Fisher joins the morbid fun as a "physical" actress and Burke love interest, which means she's basically the sassy female eye candy. Tom Wilkinson and Tim Curry costar as doctors who stock up on Burke and Hare's supply. Even though the trailer is almost too ridiculous for my taste, I'm in love with every member of this ensemble. The film bows in the UK this month, after which we'll have to wait for it to come stateside. Till then, peek at the preview when you read more.