Trophy Wife is hitting the small screen this Fall, and the cast and producers were on hand to chat up (and crack up) reporters during the show's TCA panel this week. Malin Akerman stars as the titular character, but a lot of the laughs on the panel came from Sarah Haskins, the comedian-producer on whom the show is based. Haskins spilled on the parallels between her actual home life and the onscreen marriage between Akerman and Bradley Whitford, while Akerman explained why Trophy Wife represents "the new family unit." 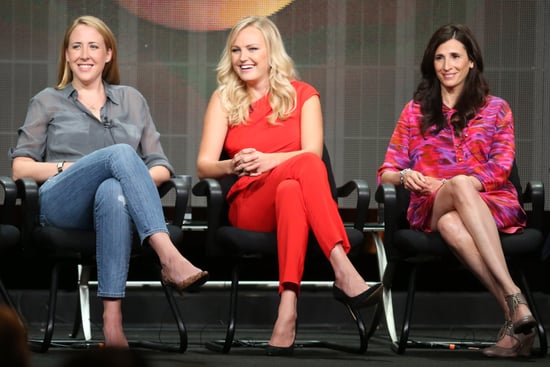 Netflix
Could Harlan Return in The Umbrella Academy? 3 Theories on How He Could Play a Bigger Role
by Grayson Gilcrease 9 hours ago

Hulu
PEN15's Season 2 Trailer Is Here, and — Deep Breaths — It's So Wonderfully Awkward
by Maggie Panos 5 hours ago