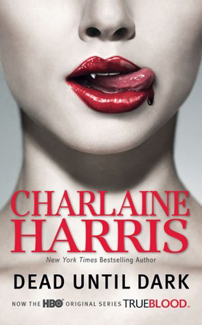 Vampires may live forever, but True Blood isn't going to have such a long shelf life. Charlaine Harris, who penned the books that inspired the bloody HBO series, says that the Sookie Stackhouse books have to end, and the next two novels, including the upcoming Dead Reckoning, "will probably be the last two books in the series."

Harris is apparently burned out on writing the novels, saying that "Sookie's kind of taken over my life," and that she wants to write other things. There is still plenty of storyline for the TV show to go off of, though, so even if you're a fan of Harris's Sookie Stackhouse books, there's a lot more supernatural sexiness to come. But I want to hear from the readers of the books — are you sad that they'll end soon, or is it time for Sookie's story to be wrapped up?

True BloodBooksTV
Around The Web

Books
If You Love Books but Don't Want Your Home Turned Into a Library, Shop These 10 Solutions
by India Yaffe 8 hours ago

Beauty News
Stand By: There's a WandaVision Makeup Collection Coming to Ulta This Month
by Danielle Jackson 10 hours ago

Books
A Running List of the Best Books of 2021, For All Your TBR Needs
by Maggie Panos 10 hours ago

TV
Watch the Trailer For Netflix's Sky Rojo, the New Show by the Creators of Money Heist
by Irene San Segundo 10 hours ago