After a few weeks of action-packed True Blood episodes, the latest takes some time to gain momentum. But like Sam, it proves to be a pot that's just waiting to boil over, and by the time the credits close, a war has been declared (not to mention the loss of yet another character). 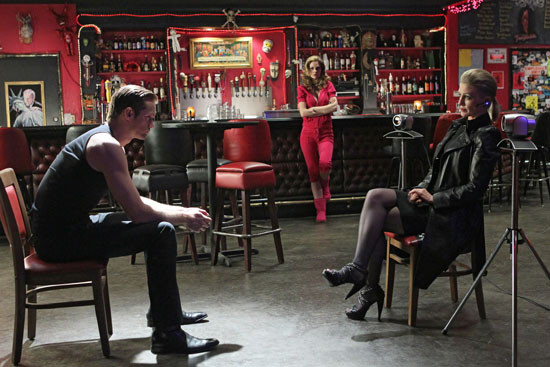 Most of all I was happy to be re-introduced to a few old friends: Franklin, Flanagan, Eric's black tank top. To get into the spoiler-filled fun, just keep reading.

So are you ready for the last batch of episodes of True Blood? Will Eric bring Russell down in time? Share your comments below, and check out the True Blood Southern Vampire Series group for even more fun!