Get out your tissues and blot your blood tears away: the season three finale of True Blood has come and gone, my friends. We bid farewell to a couple of characters and watched as some relationships collapsed in front of our eyes. 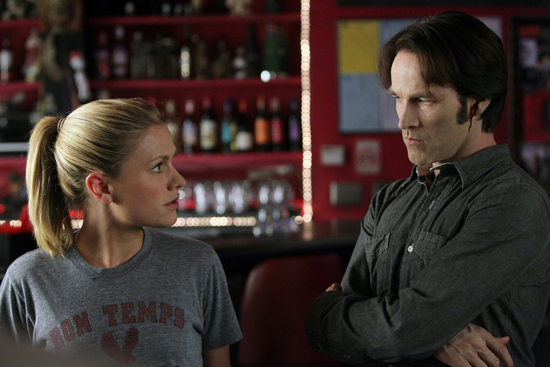 In true (frustrating) fashion, the show also served up a few cliffhangers, which we won't get to see resolved until — wait for it — next Summer. But like I said, dry your bloody tears so we can talk about the matter at hand: this week's season finale! Break it down when you read more.

So there you have it, folks: the end of another season of True Blood. It's a hard pill to swallow that we won't get to see what happens with Sookie, Eric, and Bill until next Summer, but we'll get through it together. Let's chat about the finale below, and don't forget to join the True Blood Southern Vampire Series in the Buzz Community to get your fix!