This season of True Blood has just begun, and while the show may not be as great as it once was, it still remains pretty entertaining — and completely ridiculous. So with that in mind, instead of breaking down each event of the episode, we thought we'd show you our reactions to the latest episode — in GIF form. Just scroll down to see what we thought of Bill's new powers, all that Warlo talk, Eric's dorky disguise, and the other funny, weird happenings of the week. 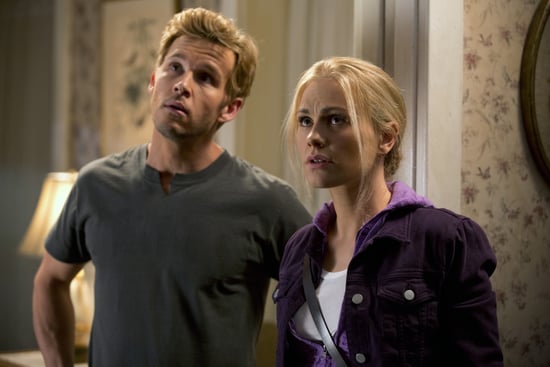 To see the rest of the reactions, just keep reading.

When Lafayette Plays Dress Up With Emma

When the Vampire Unity Society Activist Talks to Sam

When Eric Wears That Funny Nerd Outfit to the Mayor's Office

When the Mayor Reveals They Invented Contacts That Prevent Glamoring

Eric's Reaction to the Antiglamoring Contacts

When Bill Realizes He Can See the Future