We've gotten an idea of True Blood season five from the recent pictures, but this new promo is far more enlightening, especially when it comes to new characters like Christopher Meloni's vampire authority, Roman. Apparently he'll go head to head with Bill, Sookie may be finally getting it on with Alcide, and, um, is that Pam in bed with Eric? There are also lots of blood spurts, vampire bites, and as usual, plenty of sexiness. 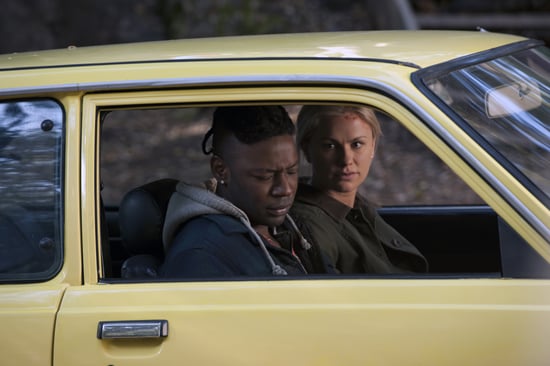 All I can say is: bring it on. Hopefully the new characters and story line will reinvigorate the show, which felt a little lacking to me last season. Watch the promo and get excited for the series to return on June 10 after the jump.