The title of this week's episode pretty accurately sums up how I feel about keeping up with all the story lines happening on True Blood right now. Bill and Eric finally capture Russell, but the Authority's plan doesn't go exactly as they thought it would. Alcide is fed up with all the senseless were-deaths, the band of masked hooligans who (nearly) killed Sam and Luna are back and wreaking more havoc, and poor Hoyt has just given up. 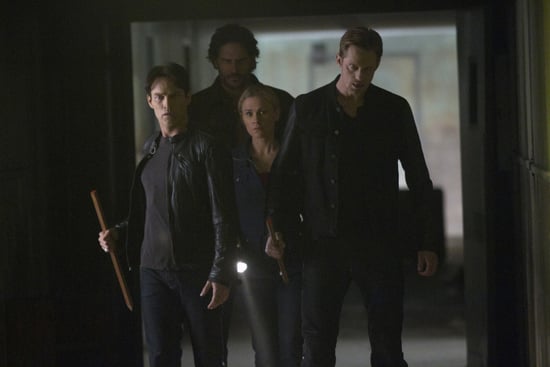 There's a lot to discuss from this week's episode, so to find out the highlights, just after the jump.

AMC
The Future of Kevin Can F**k Himself Remains Unclear, but We're Hoping There's a Season 2
by Monica Sisavat 1 hour ago