This season of True Blood hasn't been as gory as years past, but this week's episode is graphic in a different way. Among the nightmarish scenes that are disturbingly creepy, we meet a new supernatural entity, lose one character, and are reunited with two characters we hadn't seen in a while (and in both cases, it's gross). We also find out what happens after Sookie and Alcide's big make-out, as well as the aftermath of Jason's discovery about his parents. 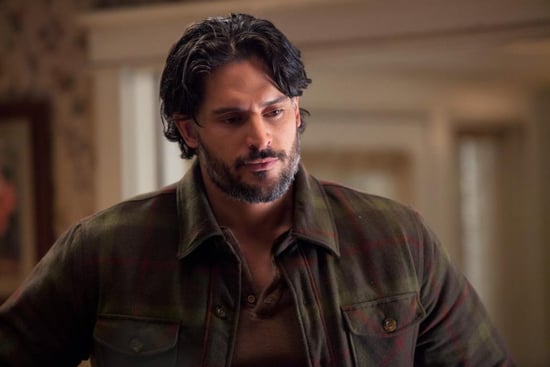 This week is a bit more exciting, and there are lots of bits to get to, so let's break down the episode into superlatives after the jump.

Celebrity Couples
We Can Almost Guarantee You Know of Julia Garner's Musician Husband, Mark Foster
by Amanda Prahl 10 hours ago

Red Carpet
Don't Miss Out! Here Are 50 of the Very Best Pictures From This Year's Emmys
by Haley Lyndes 46 minutes ago

Emmy Awards
Tyler Perry's Emmys Speech Had a Powerful Message: "We Are All Sewing Our Own Quilts"
by Grayson Gilcrease 12 hours ago

Music
H.E.R. Belts Passionate "Nothing Compares 2 U" Cover During the Emmys In Memoriam Segment
by Brea Cubit 13 hours ago