Wake up and smell the fairy magic, True Blood fans — with the finale one week away, season five is almost over. There's a lot of progress made on this season's stories this week, and also a lot of ridiculousness. Bill's still hopelessly devoted to Lilith, Sookie and Jason team up with their fairy family to bring down Russell, and Pam sports a startling '80s side-ponytail/bun duo. Yes, it's a busy week in Bon Temps. 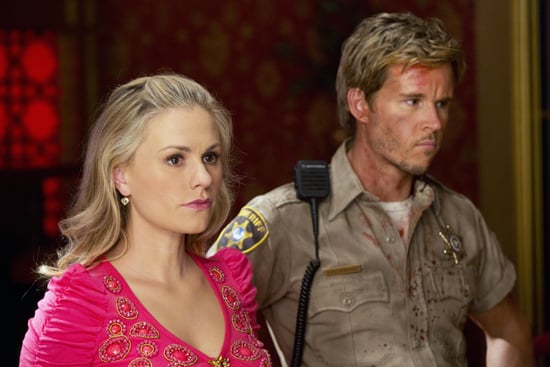 Nothing really wraps up this week, but it does feel like the beginning of the end. As usual, the episode concludes with a cliffhanger, but before we get to that, let's discuss some of the finer points of this week's episode. Nora and Eric share an intimate moment, Alcide gets shirtless, and Andy's gonna be a daddy when you read more.

What did you think of this week's True Blood? And how do you think season five will conclude?