The big theme of this week's True Blood are vampire makers and how tough it is being a newbie in the vampire world. When Pam flashes back to how she was made, we understand how significant the bond between maker and "child" really is, which is particularly important for Tara, whose survival may depend largely on that bond. Jason is also realizing how he became the way he is in one of the show's more interesting revelations. 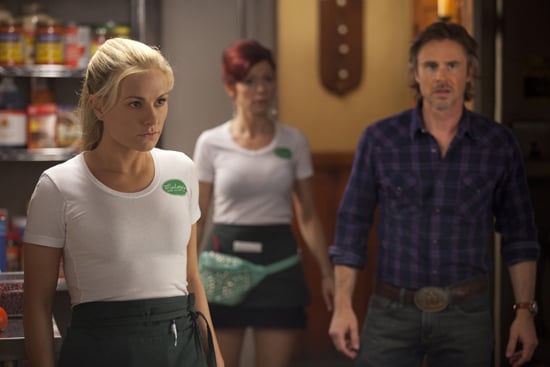 Meanwhile, Sookie reveals her big secret to Alcide, and Bill and Eric are still embroiled in a Sanguinista scandal, but at least they take their shirts off, so it's not a total bore. But to get specific about the best and worst points of the episode, just read more.

Kelly Clarkson
Kelly Clarkson's Cover of Selena's "Dreaming of You" Is So Beautifully Delicate, We're Emotional
by Mekishana Pierre 4 hours ago

Netflix
The Crown Finally Releases Photos of Emma Corrin as Princess Diana, and the Resemblance Is Uncanny
by Tori Crowther 7 hours ago