Tons of Eric, the return of Alcide, and a Jersey Shore reference make the third episode of True Blood's new season my favorite by far — and it'll be hard to top this one. We see what happens to Eric after he got served by Marnie last week, and it's the most charming character development I've ever seen on this show. Meanwhile, the hottest werewolf in Louisiana makes an appearance, the witches brew something up for the future, and we lose someone. 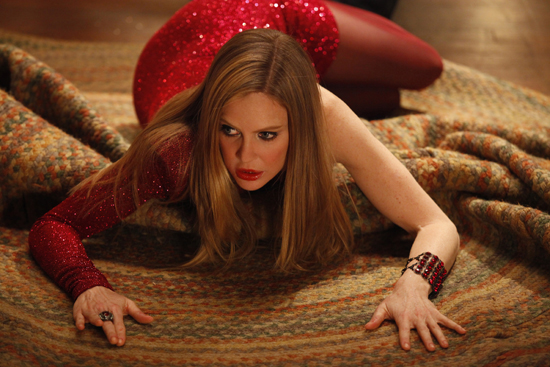 I loved this week's episode, even with its creepy werepanther children scenes. If you watched, let's break it all down into superlatives when you read more.

What did you think of this episode? Were you as enamored of the new Eric as I was? Let's chat about it now in the comments below.

by Victoria Messina 51 minutes ago