True Blood is back in a big way! For the season five premiere, we get sex, blood, naked Alexander Skarsgard, and at least one shocking development. We pick up exactly where we left off last season, and I mean exactly — Bill and Eric are still cleaning up Nan Flanagan's guts, and there's a little retread of Sookie's final moments with Tara. Even though there are a few new characters, we only meet a couple of them, but I'm dying to talk about one thing in particular. 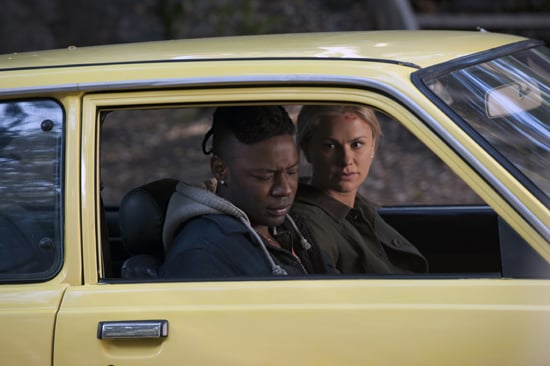 Ready to get to all the bloody goodness? Just read more.

What did you think of the True Blood season premiere?