Director Sergio Castellitto proves you don't need dialogue to create a powerful snapshot of a film in the trailer for Twice Born, an Italian movie premiering at the Toronto International Film Festival. The movie stars Penelope Cruz as a single mother traveling back to Sarajevo with her adolescent son. It's the setting where the boy's father (Emile Hirsch), an American photographer, was killed during the Bosnian conflict in the 1990s. The mostly wordless trailer shows the film will be set both in the time when Cruz and Hirsch's characters are together and years later when their son is grown. 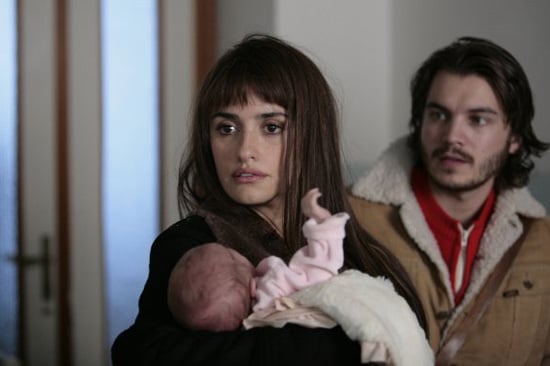 I'm constantly surprised to see where Emile Hirsch pops up on the silver screen, and given the dual time lines, I'll be interested to see whether the film will follow a chronological format or bounce back and forth through the decades. Either way, this is sure to be an emotional ride. Check out the trailer for Twice Born after the jump.