The Mikaelson family is the focus of this week's The Vampire Diaries, as Esther goes forward with her plan to kill her own children, abominations though they may be. Elena spends much of the episode as a hostage in an underground hole, while Damon and Stefan scramble to save the girl they both love. There are a couple of shocking turns for two characters: one that's actually not that surprising in retrospect, and one I didn't see coming at all. 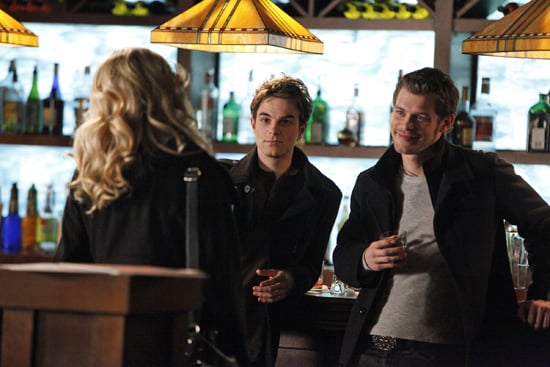 Generally, this episode doesn't feel as exciting as recent Vampire Diaries for me — except for a cute interaction between Klaus and Caroline. To get to all the good, the bad, and the bloody, just keep reading.

What did you think of this week's Alaric cliffhanger and the fact that Bonnie's mother is now a vampire? And will you miss the other Mikaelsons that we were just getting to know? Weigh in below!