The original vampire family hosts a ball on this week's episode of The Vampire Diaries, and the whole town puts on their finest formal wear for the event of the supernatural season. Elena has two dates to the event, but it's her date to meet the original witch that gives us insight into what's in store for Klaus and his siblings. 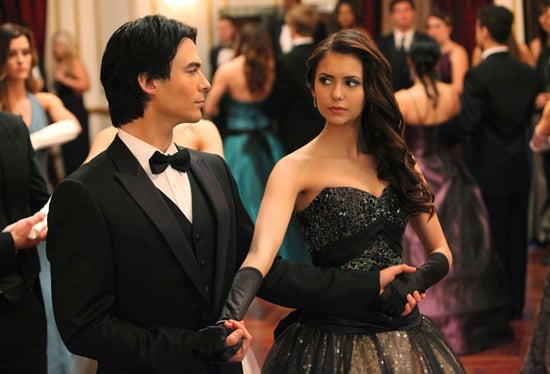 Speaking of Klaus, we get some developments between him and Caroline that are sweet and promising (even if she's a bit cautious to date him because of his cruelty in the past and general bloodlust). There's also a hot hookup that I didn't see coming, so there's lots to talk about this week. To get to the good, the bad, and the bloody, just keep reading.

Though Elena is (literally) put between Damon and Stefan this week, this episode is all about Klaus and Caroline. I like that she's very adamant about disliking him to his face, but it's obvious that she's softening toward him a little. The way they challenge each other is cute, and the thing that great TV romances are made of. I can't wait to see what happens next for them, and whether Esther's witchcraft is stronger than Klaus. What did you think of this episode?