The Vampire Diaries is back from its hiatus, and while we get a little fun flashback time with turn-of-the-century Damon and Stefan, this episode is a little boring for my taste (I think it's because Klaus is absent). That is, until we get to the end of the episode and get a shock that I didn't see coming at all. 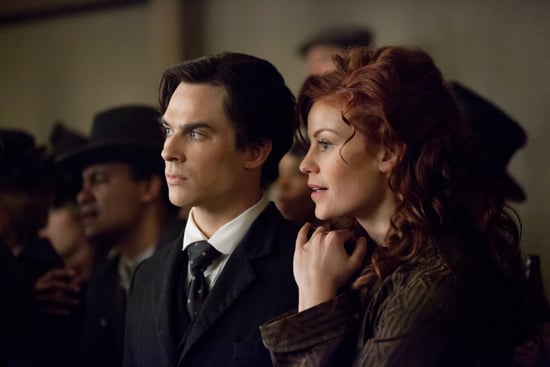 We also get a sweet confession from Elena, but all the excitement is really about figuring out who the Mystic Falls serial killer is, so let's go over the good, the bad, and the bloody after the jump.

Were you as shocked as I was by the revelation that Alaric is (or probably is) the killer? If so, what do you think will happen to him now? Weigh in on that and how happy you are in general to have to show back below!

Netflix
Jealous of the Outer Banks Cast? Wait Until You See How Much Fun They Had Behind the Scenes
by Grayson Gilcrease 7 hours ago