This week's episode of The Vampire Diaries is full of cop-outs, from a life-threatening injury to what I hoped would be the end of the cure hunt. Rebekah, Elena, Damon, and Stefan are on a small-town sojourn to pry the cure from Katherine's possession, and while we're there, we meet back up with one of my favorite Original vampires: Elijah! 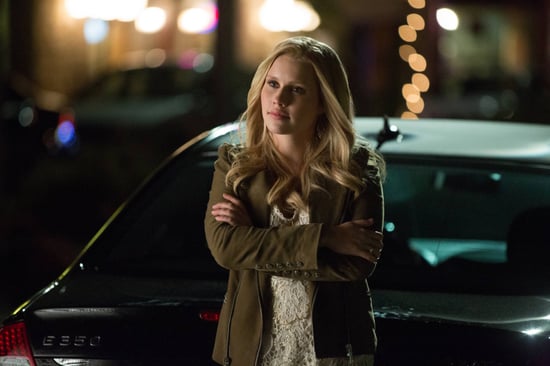 Back in Mystic Falls, Klaus and Caroline are slowly eking their way toward friendship, but it's not close enough to the romance I'd rather see for them. Ready to break down the good, the bad, and the bloody? Let's get to it after the jump.