This week, there's a big bad original hunting our friends on The Vampire Diaries, but it's not Klaus or Rebekah; it's the rambunctious Kol. He, like everyone else on the show right now, wants to get to the cure before anyone else, and he doesn't care who he has to kill, particularly Jeremy, the vampire hunter himself. We haven't gotten much Damon/Elena romance since the show came back from its Winter hiatus, but in its place, we get a hot hookup between another couple. 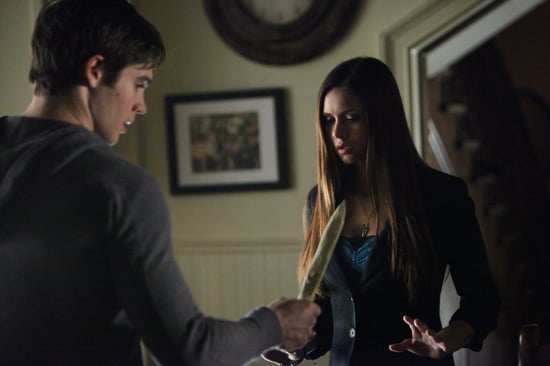 I'm dying to talk about everything with you, plus the rest of the good, the bad, and the bloody, so let's get to it after the jump.

Black-ish
Oh, Just 16 of Black-ish's Greatest Guest Stars Over the Years
by Annie Blay 20 hours ago

by Alessia Santoro 42 minutes ago