Damon and Elena are locked up on this week's episode of The Vampire Diaries, but their imprisonment is way less sexy than Stefan and Katherine's experience back in Mystic Falls. The two storylines are both interesting for different reasons, and when we find out one of Damon's secrets from earlier this Summer, I feel like Caroline when she overhears Stefan and Katherine at the end of the episode. 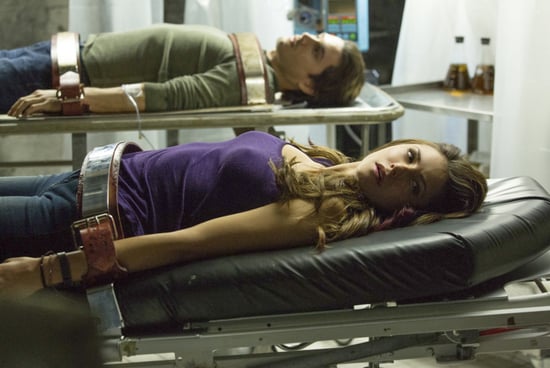 This week is a little more exciting than recent Vampire Diaries episodes, but it's mostly because someone finally gets some. And even though it's not surprising that the writers are planting the seeds of a Damon/Elena breakup, I appreciate the wrench that his little revelation throws into their happiness. Let's get to the good, the bad, and the bloody after the jump.