It's time for the Decades Dance on this week's episode of The Vampire Diaries, and while there's a different theme ('20s) from years past, there's just as much danger at this year's dance. Esther is on the rampage and trying to make Alaric into a vampire super-killer, but there's more intrigue on the romantic side of things when Elena decides to take Stefan as her date. 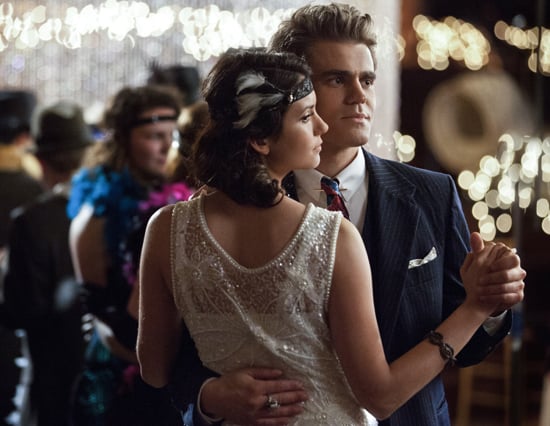 There's a bit of romance for lots of characters, but everyone is too focused on Alaric's fate to figure out their relationship status. There's lots to discuss, including the twist at the end, so let's get to the good, the bad, and the bloody after the jump.

What did you think of this week's episode? Were you as annoyed as I was about the Alaric/Esther plot? And who are you currently into for Elena: Damon or Stefan?