I can barely express my grief that The Vampire Diaries is over for the season — but what an insane season finale! Also causing me grief? The three, and possibly more, deaths that we witness on Founder's Day! 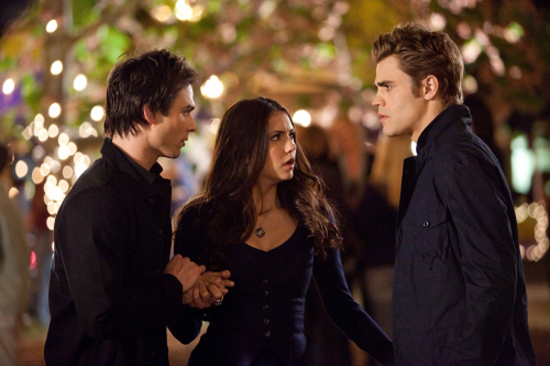 Yes, that death I mentioned earlier this week turned out to be deaths — plural — but those events aren't even the most shocking or awesome parts of the final episode of season one.

To rehash the good, the bad, and the bloody, just read more.

So the death toll is a definite three (Mayor Lockwood, Anna, and John), but it remains to be seen if Jeremy and Caroline make it out alive. Which one were you most blown away by? And did you expect Katherine to show up in the series so soon? Let's start chatting now, and since it'll be a long Summer without this fantastic show, join the Hooked on Vampire Diaries group in the Buzz Community!