On this week's episode of The Vampire Diaries, we take a road trip to Denver with Elena and Damon, which leads to possibly the best moment we've ever seen between these two. There's also a reconciliation for another couple, while a dearly departed character shows up with something very important to say to us all. 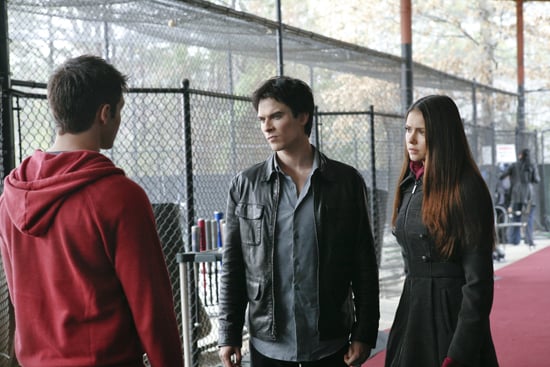 While everyone is trying to figure out the vampire bloodlines to determine if they can kill Klaus, Klaus has his own goal: to find the last stake that can kill Originals, which leads to a bloody standoff between Stefan and Alaric, and a surprising cliff-hanger. I don't want to spoil anything though, so let's get to the good, the bad, and the bloody after the jump.

HBO
The Vow: The Surprising Connection Between Catherine Oxenberg and the Royal Family
by Monica Sisavat 1 hour ago