This week's episode of The Vampire Diaries is titled "The Killer," and if you've watched, you know that it cleverly means more than one thing. The big bad vampire killer is on the hunt for prey, and he kidnaps three of Mystic Falls' important residents as bait. Meanwhile, Elena continues her big struggle with being a vampire (sigh), and we get even more of what she's going through because she's now writing about it in her diary — yes, the diary that is right in the title of the series and yet (mercilessly) never comes up anymore. 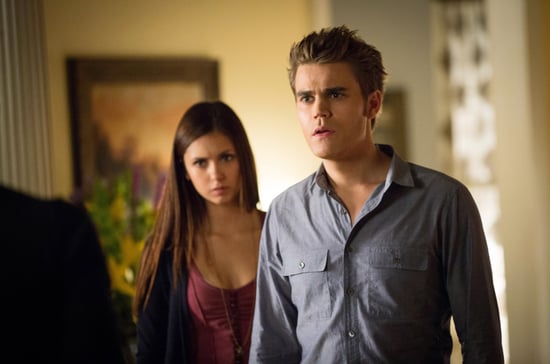 Though Elena's psychosis is a big subject of this week's episode, there are lots of little things we have to address. One character gets a brand-new life plan, one relationship suffers a blow, and, as usual, plenty of gross things happen. Let's get to all the good, the bad, and the bloody after the jump.

Chase Stokes
Someone Pass the Windex, 'Cause Chase Stokes in a Sheer Fendi Top Is Fogging Up Our Screens
by Victoria Messina 6 hours ago