The key word of this week's episode of The Vampire Diaries is "heightened." Everything Elena is experiencing as a baby vampire is heightened, as Stefan helpfully reminds us about every five seconds. One thing that is most certainly heightened is the number of times she barfs blood. The poor girl is having some "transitional issues," and Damon and Stefan both try their hardest to help, but it seems that only Damon is successful (in a very, uh, intimate way). 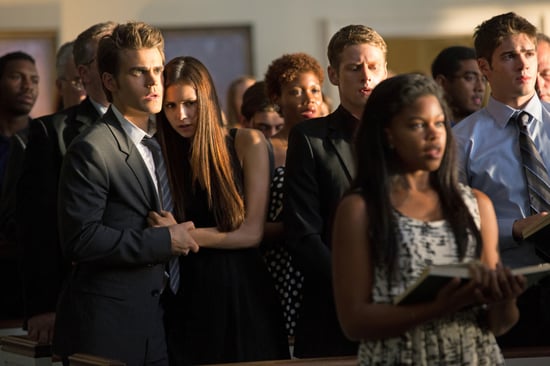 There's also a new baddie in town who's determined to take down all the wily vampires in Mystic Falls, so to get into that, plus Elena's digestive problems (and some hot makeouts), just keep reading.

What did you think of this week's episode of The Vampire Diaries?

Image Source: The CW
The Vampire DiariesEditor's PickTV
Around The Web

Books
Obsessed With Lovecraft Country? Here Are 15 Books That Are Just as Thought-Provoking
by Camila Barbeito 15 hours ago