This week's episode of The Vampire Diaries is all about pageantry and addiction — and it's juicy in more ways than one. We already had a sneak peek at the Miss Mystic Falls event, but seeing Damon and Elena actively dancing together with my own eyes was so much better! 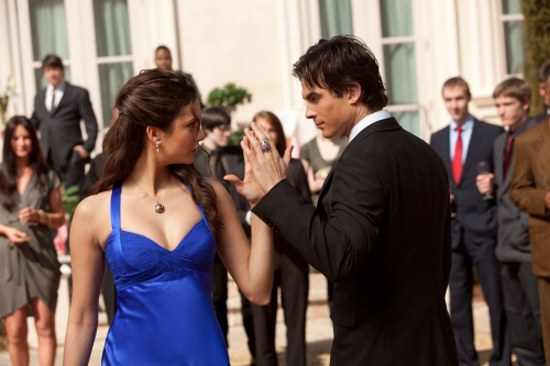 I can't wait to digest it all and discuss, so let's do it! To see this week's good, bad, and bloody, just read more.

Once again, it was another solid episode, and it totally makes me want to see more Damon and Elena. I'm left wondering about where Bonnie will go from here, what this invention is that Pearl has, and why on earth anyone wants to call Alaric "Ric." Give me your thoughts below, and to geek out on the show any ol' time, just join the Hooked on Vampire Diaries group in the Buzz Community.

Netflix
What Is Qwant? You'll Want to Check It Out After Watching The Social Dilemma
by Corinne Sullivan 15 hours ago

Netflix
Ratched: You Can Be Hopeful That Netflix's Sinister Series Will Return For Season 2
by Brea Cubit 18 hours ago

by Victoria Messina 9 minutes ago