The Vampire Diaries gang celebrates Halloween this week, but for a show about vampires and witches, things are pretty tame. It almost seems like we're going to see two characters die, but the only thing that croaks is Tyler and Caroline's relationship. There's a pretty good revelation about Katherine I didn't see coming, a brief peek into Elena's diary (spoiler alert: she's still sad about Bonnie), a new character, and an almost-promise that Silas will be dying and getting out of our lives soon. 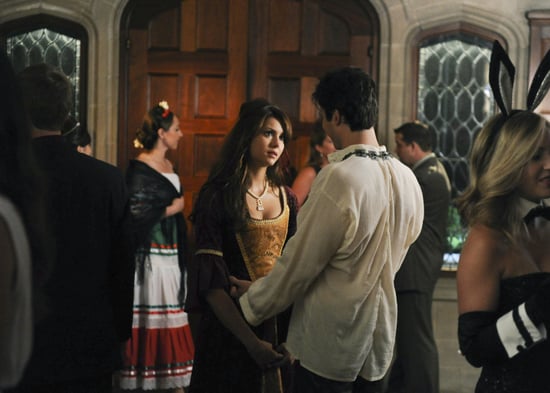 Honestly, the most exciting thing about this week is the hint that we might see a crossover between The Vampire Diaries and The Originals, but maybe that's because around here, we miss Klaus being on TVD so much that we found a way for them to be together. Anyway, let's get to what's good, bad, and oh so bloody after the jump!

What did you think of this week?