Excuse me while I try to contain my excitement, but Klaus is back, you guys! After his glaring absence caused me to enjoy The Vampire Diaries far less than usual, my favorite villain is back this week. He's trying to unlink the spell that means death to him and all his siblings, and Stefan, Elena, Damon, and everyone else are trying to kill him (yes, still) before he succeeds. 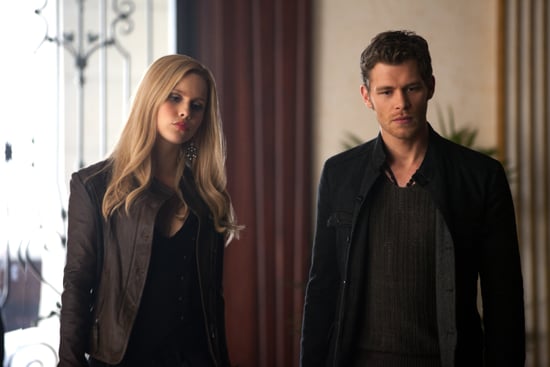 As usual, Team Kill the Originals are thwarted by the old vampires, and Damon spends much of the episode being tortured with his pecs getting some much-needed air. And amid all the action, Stefan and Elena have a very important conversation about where her heart lies. Ready to get down to the good, the bad, and the bloody? Let's do it.

What did you think of this week? Did you do cartwheels like me when you saw that Klaus was back?

PBS
It's a Sad Day in Elwood City: Arthur Is Coming to an End After More Than 2 Decades
by Kelsey Garcia 48 minutes ago