The Vampire Diaries has a lot going on this week, but really, I'm concerned with one thing: Elena and Damon's relationship. We pick up just after her breakup with Stefan, and the two are like magnets to each other, and it culminates in a scene so hot that not even a big bombshell at the end of an episode can ruin it. The other thing that threatens to (but can't) ruin their romance is the fact that Jeremy desperately wants to kill his sister — and might not stop at anything. 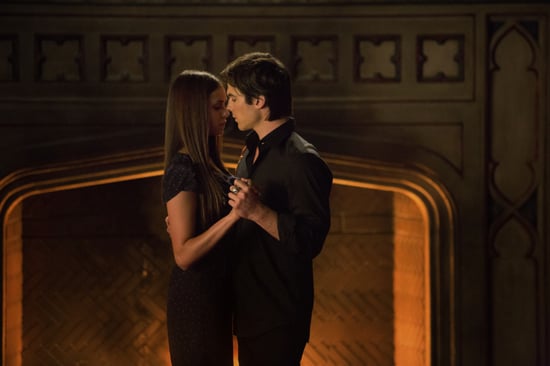 To be fair, other good stuff does happen this week, particularly Caroline and Klaus's date, so let's go over that, and the other good, bad, and bloody stuff, after the jump.

What did you think of this week's episode? Do you think Elena is really sired to Damon?

Netflix
Never Have I Ever . . . Wanted to Be More Like Devi Vishwakumar
by Navi Ahluwalia 2 hours ago

PBS
It's a Sad Day in Elwood City: Arthur Is Coming to an End After More Than 2 Decades
by Kelsey Garcia 23 hours ago