The Vampire Diaries made its triumphant return after a long hiatus, and boy was this episode worth the wait. It's not the most action-packed episode we've ever seen, but there was a hell of a lot of plot development to make up for that. More specifically, I'm talking about the major OMG moment that happened in the final minutes! 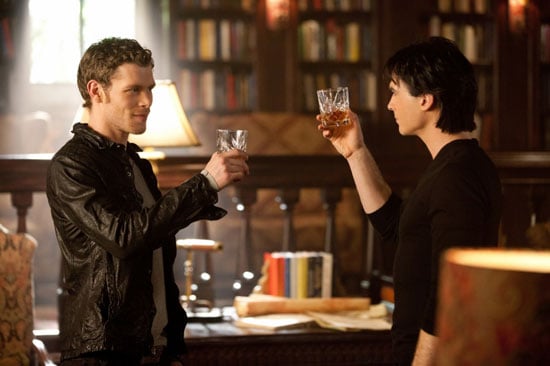 Family is the running theme this week, as Klaus is trying to recover his coffins family members, and naturally he uses Elena's loved ones as bait. Meanwhile, Elena is having some problems relating to Jeremy, who is suddenly acting like his rebellious, season-one self. And, of course, it wouldn't be The Vampire Diaries without some friction between Damon and Stefan. Ready to break down this particularly juicy episode? Just read more.

Are you as pleased with this episode as I am? Will you miss Jeremy? And most importantly — do you think we'll be seeing Damon and Elena action on a weekly basis now? Sound off in the comments!