The midseason finale of The Vampire Diaries reminds us just how bad Klaus can be — especially if you cross him — and he kills one of the characters we've known since the beginning of the series. We also revisit the complicated dynamic of Damon and Elena's sire bond, while they and Bonnie try to break Jeremy of his latest hobby (wanting to kill Elena). 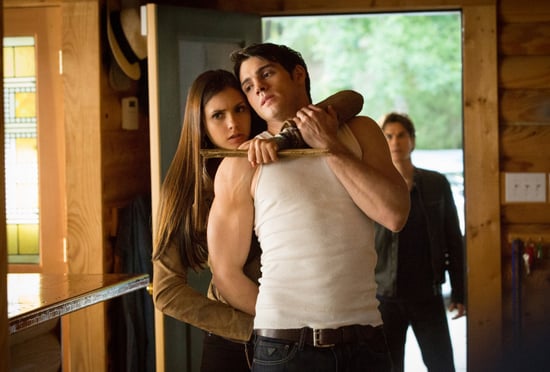 I expected a little more action from the last episode of the year, but I have to say, the body count is quite high this week, and the death scene in the final moments is satisfyingly dramatic. Let's get to all of it in the good, the bad, and the bloody after the jump.

What did you think of The Vampire Diaries' Winter finale?

Gossip Girl
The Gossip Girl Reboot Has a More Diverse Cast, but It Still Lacks Representation
by Charlene Masona 23 hours ago

HBO
Will There Be a Third Season of HBO's Betty? Here's What We Know So Far
by Corinne Sullivan 1 day ago