After last week's epic kiss, this week's episode of The Vampire Diaries is almost a little disappointing, except that so many other crazy non-Elena/Damon things happen. It's Caroline's birthday, but it's not all cake and tequila shots with her friends, and Stefan tries his hardest to be a baddie but just ends up looking like a jerk. 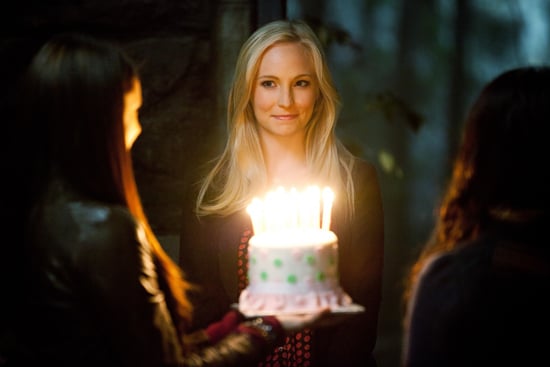 On the Damon and Elena front, she's still feeling bad for having Jeremy sent away, and Bonnie has some harsh words for the already guilty-feeling Elena. I'm ready to get down into it, so if you are too, let's deconstruct it into the good, the bad, and the bloody after the break.

What did you think of this week? Did Stefan finally cross a line he can't come back from? And do you agree with him that he had really lost Elena when he left Mystic Falls with Klaus? Also, am I the only one who thinks something might be up between Caroline and Klaus? Weigh in below!