This week's episode of The Vampire Diaries takes us to a place we haven't been in a long time — the high school! Elena has her first day of school as a vampire, but both the new vampire slayer and Rebekah make it almost impossible for her to enjoy it. With class back in session, there are parties, burgeoning romances, and a new teacher . . . who wants the students dead. 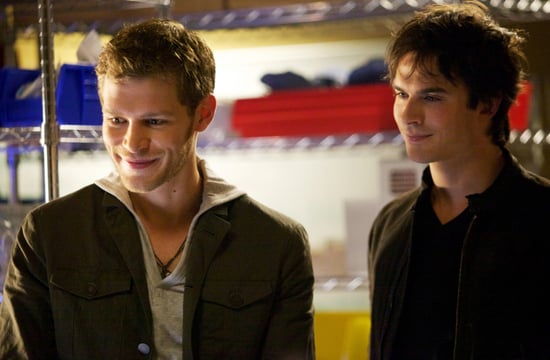 We learn something important (well, mysteriously important) about Connor, and it feels as if we're gearing up for something big, but this week is more about going back to school and Elena trying to adjust to vampire life yet again. But there is plenty of stuff to talk about in the good, the bad, and the bloody, so let's get to it.