This week's episode of The Vampire Diaries brings us back after Jeremy's death, and instead of grief, there's mostly talk of bringing him back. As Elena wallows in denial, Bonnie is slowly getting closer to the darker side as Professor Shane convinces her that she can raise him and lots of other dead — but, of course, there's a catch. 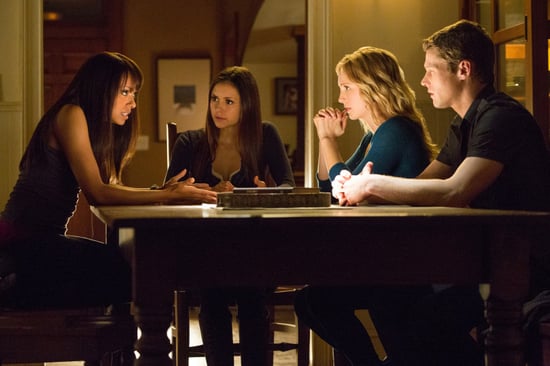 This is one of the most emotional episodes in a long time, with several characters suffering from bouts of anguish, and it's also ominous for a few reasons. There's a new villain on the loose, Bonnie may be turning a corner, and Elena has undergone an unexpected transformation. Let's get to it all in the good, the bad, and the bloody after the jump.