It's a family reunion for Bonnie and her estranged mother on this week's The Vampire Diaries, but their meeting is less than magic (I'm sorry, I had to). They need her to open up one of Klaus's sealed coffins, but like most things on this show, they have to get through a bit of sticky business first. Meanwhile, Tyler recruits someone to help free him of his sire bond to Klaus so he can be with Caroline again, and Elena gets something off of her chest. 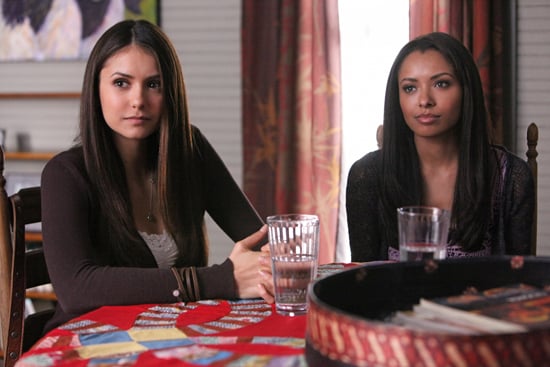 Even though there were no hot makeouts this week and not much major happened, it's still another entertaining episode with a lot going on. Ready to discuss? To get to the good, the bad, and the bloody, just keep reading.

What did you think of this week? Were you interested in all the parental drama, or were you more excited about the other goings on? Weigh in below.

Disney Junior
Sweet Preschool Series Dino Ranch Is Getting a Season 2 on Disney Junior in 2022!
by Alessia Santoro 3 hours ago

Gossip Girl
The Gossip Girl Reboot Has a More Diverse Cast, but It Still Lacks Representation
by Charlene Masona 6 hours ago

HBO
Will There Be a Third Season of HBO's Betty? Here's What We Know So Far
by Corinne Sullivan 8 hours ago