It's the second week of The Vampire Diaries season five, and Stefan is still in that box and Elena and Damon are still together, but at least one of those things changes by the end of this episode. Caroline and Elena continue to explore college, except their wholesome activities like bonfires are interrupted by stuff like trying to solve their dead roommate's murder and discovering secret societies. When Matt and Jeremy kidnap Katherine to keep her from Silas, they have a showdown, and while we still don't get why he wants Katherine so bad, there's a new wrinkle added to his power trip. 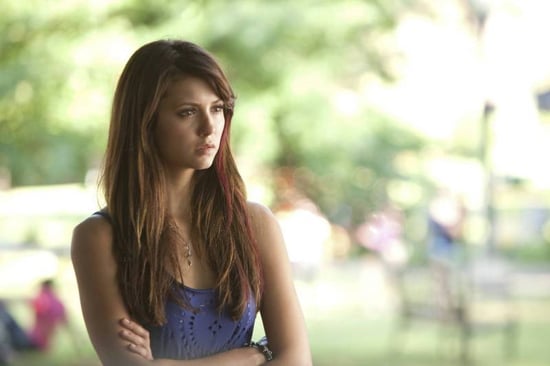 This episode gives us a lot of setup for stuff that's going to happen, but that doesn't mean there's not plenty to talk about, especially if you, like me, are starting to be a fan of Damon's slick new haircut, and also Katherine. Let's get on to the good, the bad, and the bloody after the jump!