Just when you thought you were watching a mostly filler episode of The Vampire Diaries, they go and drop a game-changer on us. And not just any game-changer: we're talking about the plot development that some fans have been waiting on for literally years. But before we get into that, let's go back to the drawing board. Elena's feeling some nasty effects after her first kill, because it seems as if every major moment of her vampirism is destined to be a hell of a lot worse than what her friends went through. (Except, maybe, for Klaus.) It's not just guilt that she's grappling with, either: she's literally being tortured by Connor's ghost. 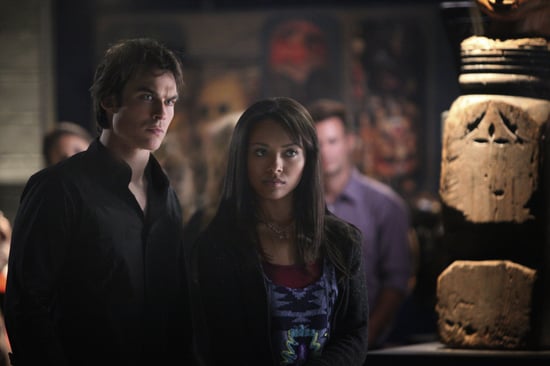 While the Salvatore boys are trying to figure out how to save Elena, things are getting tense and boozy over at the hybrid haven. Tyler and Caroline may have avoided letting Haley getting in the way of their relationship, but somehow Klaus has wormed his way back into the love triangle (much to my delight). There's a lot to chew on, so let's break it down when you read more.

Netflix
Jealous of the Outer Banks Cast? Wait Until You See How Much Fun They Had Behind the Scenes
by Grayson Gilcrease 17 hours ago