In this week's episode of The Vampire Diaries, we say goodbye to two people: Bonnie and old Stefan. The group finally learns that Bonnie is dead, while Stefan is alive and well (as alive as a vampire can be anyway), and though he doesn't have any of his old memories, he does have a new attitude. There's a little bit of a spark between Stefan and Elena (it fits right in with what Qetsiyah told us last week about them being into to each other for all time), but so far, Damon and Elena are still going strong. Matt, on the other hand, finds out he's not crazy, there's just an Eastern European man living inside of him. 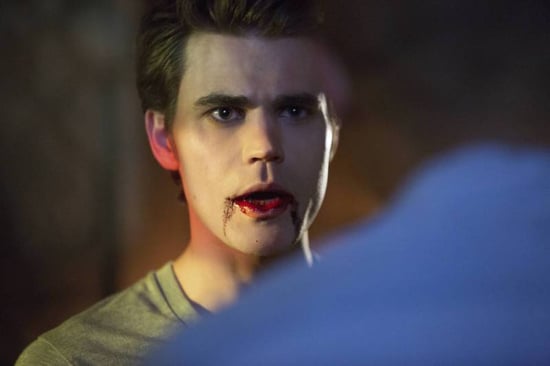 Ready to get to the good, the bad, and the bloody of this week's episode? Good, because we have to talk about New Stefan, the return of a long-lost character, and what that creepy college professor is doing to Caroline's new love interest. Let's discuss after the jump.