The Vampire Diaries is back, you guys! And with it comes a brand-new version of Elena, as she wakes up out of her vampiric coma and plunges into her new life . . . as a dead person. That's right, vampire Elena is here for season four, but she doesn't have the smoothest of transitions, physically or mentally. As she and her friends fight for her to stay human, we also find out what Klaus/Tyler is up to, and we meet a brand-new villain who's religious about his hatred for supernatural creatures. 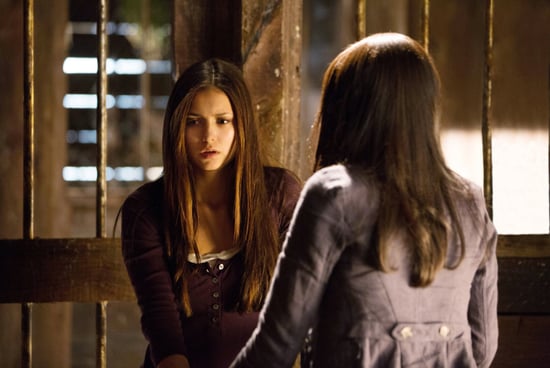 It's clear that this season is going to be sharply different than all previous seasons (as evidenced by the brand spankin' new intro) and I couldn't be more excited. But let's rewind to the premiere; now that the show is back, that means that our recap of the good, the bad, and the bloody is back, too! Come break it down with me after the jump.

So now that Elena's a vampire and outfitted with a ring, what kind of shenanigans are we going to see next? Weigh in with your theories and reactions to the season premiere below!

ADVERTISEMENT
Image Source: The CW
The Vampire DiariesEditor's PickTV
Around The Web