So much happened in The Vampire Diaries season four finale, but a lot happened over the Summer too . . . unless you're Stefan. Elena and Damon put in quality couple time, Rebekah and Matt toured Europe and had threesomes and stuff, Jeremy got used to being alive again, while Bonnie kept on being dead (but pretending not to be). Now we pick up as the school year does too, and Elena and Caroline have the same college problems as average girls — along with some distinctly vampire issues. 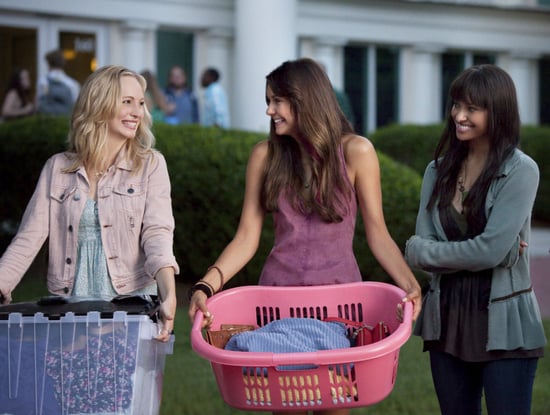 This is The Vampire Diaries, so the drama kicks off immediately, not just on the new college campus, but back in Mystic Falls too, where Silas and human Katherine are back in the mix. Ready to break down the good, the bad, and the bloody of the season premiere? Let's do it after the jump.

What did you think of the season premiere?

Netflix
The Queen's Gambit Is Based on a Fictional Book, but It Does Have Roots in Reality
by Stacey Nguyen 2 hours ago

Black-ish
Oh, Just 16 of Black-ish's Greatest Guest Stars Over the Years
by Annie Blay 18 hours ago