After a couple rather slow-moving episodes of The Vampire Diaries, this week feels like we're finally getting somewhere with the cure. The action mainly stems from a showdown with one of the current villains — who winds up on the wrong side of a stake and bites the dust once and for all. This week also marks an impressive display of power from a newly badass Bonnie, who can't be held down by original vampires or parents. 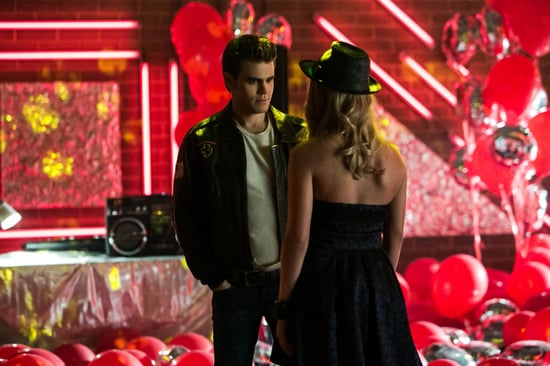 Aside from the actual plot moving forward, we get to see what happens the morning after Stefan and Rebekah's hot hookup. I'm ready to talk about that, all the great '80s references, and the rest of the good, the bad, and the bloody after the jump.

The Bachelorette
The Clare Crawley Backlash Has Begun, but Does the Bachelorette Deserve the Criticism?
by Amanda Prahl 2 hours ago