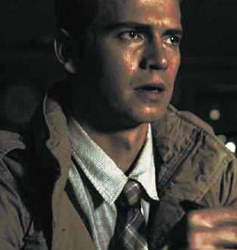 Haven't seen enough apocalyptic thrillers? Vanishing on 7th Street is banking on that. The new horror film stars Hayden Christensen as a man who wakes up one day to find the world mostly devoid of human life. After a permanent darkness sets in, he finds a few folks to stick with, including Thandie Newton and John Leguizamo. It's not just the fact that the lights are out that makes Vanishing on 7th Street creepy — predictably, there's something lurking in the dark, hunting our protagonists. While it bears a resemblance to 2007's I Am Legend, I wouldn't write it off — director Brad Anderson was also the mastermind behind The Machinist and has helmed a handful of episodes of Fringe.