Julia Louis-Dreyfus is back on the screen as of last night's premiere of Veep on HBO. Louis-Dreyfus plays Selena Meyer, the United States' second-in-command, and is backed by a uniquely unskilled team of political strategists. In the first episode, not only does she botch a speech by accidentally slipping in a very un-PC joke, but her cabinet mistakenly sends an important card signed with her assistant's name instead of her own. I found the premiere to be solid, and the premise has a lot of potential, especially with one of the most talented comic performers of our time at the helm. But I'm curious to hear your thoughts — who tuned in for the series premiere and who's planning on watching episode two next week? 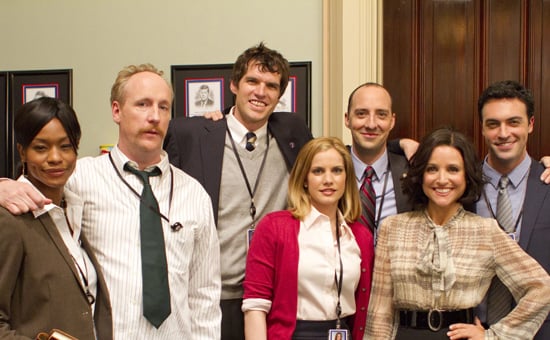