One of CBS's new series this Fall features a star making the move from film to TV: Dennis Quaid. In Vegas, Quaid plays Ralph Lamb, Las Vegas's real-life sheriff in the 1960s. The drama traces his rise from a rancher to an authority tasked with getting the emerging city under control. Read on to find out my thoughts on the pilot and whether it might be something you'll want to check out when it premieres this Fall. 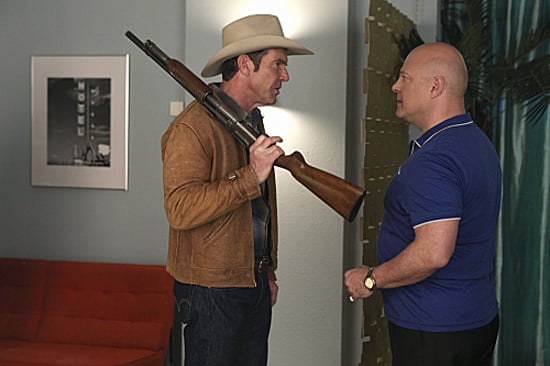 See some photos and a preview of Vegas after the jump.