The cast of the upcoming Veronica Mars movie showed up for legions of fans at Comic-Con yesterday, but not everyone was there to sneak a peek at the teaser trailer. Well, lucky for us, that very same video — complete with a sizzle reel starring Kristen Bell, Ryan Hansen, Chris Lowell, and Jason Dohring — is now available! First, we get to see reactions from the cast as director Rob Thomas's Kickstarter campaign numbers grew higher and higher, then we get actual movie footage! Jamie Lee Curtis is in there! Even if you're not a hard-core fan, this behind-the-scenes video is really cute. 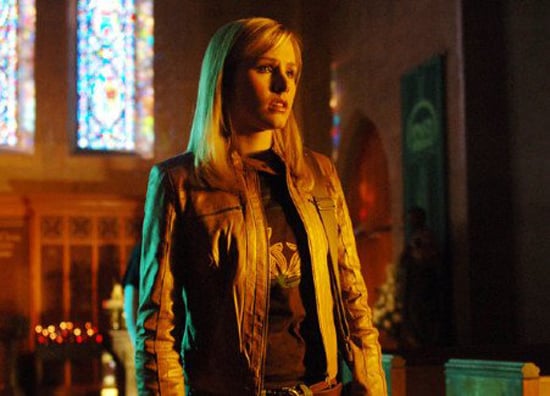 During yesterday's panel, Thomas mentioned that the movie will be released in early 2014, and we're pretty much guaranteed some more footage before then. Maybe it's just me, but I'm mostly crossing my fingers for some hints at Veronica's romantic status. Is she really with Piz, as the set pictures seem to suggest? Take a look at the fantastic teaser after the jump.

Janel Parrish
Janel Parrish's Hallmark Film, Holly & Ivy, Will Give You All the Feels: "It Has So Much Heart"
by Kelsie Gibson 9 hours ago