Be still my O.C.-lovin' heart! I've always had a crush on Adam Brody (aka Seth Cohen, the epitome of all things geek-tastic), and it's still alive and well thanks to this video of the actor being interviewed by Diablo Cody. Cody has just started a quirky online show called Red Band Trailer, where she chats with celebs from her Airstream. It's kind of like her version of Between Two Ferns, except less awkward and actually informative. For example, do you remember Brody in the made-for-TV movie Growing Up Brady? 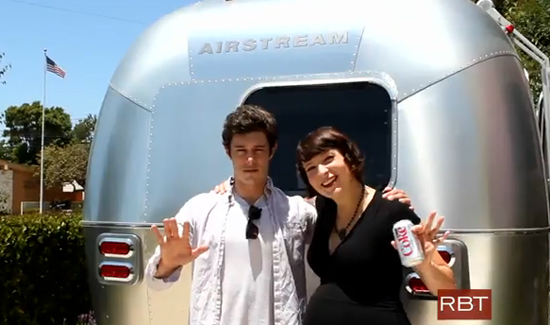 In her first episode, Cody talks with Brody to ask about his fan following, his favorite drummer, and, yep, Captain Oats (whatever happened to that horse?). It may be long, but trust me, it's worth it if you appreciate Cody's brand of snark, or just Brody's charm. Bonus: watch for a dig at Kristen Stewart and a funny "cameo" from Robert Pattinson around the nine-minute mark. Just read more.

Movie Trailers
A Boss Baby Sequel Is Coming, and I Have 2 Words For You: Jeff Goldblum
by Alessia Santoro 17 hours ago