If you haven't had your fill of vampires between Eclipse and True Blood, then the international trailer for Let Me In provides even more bloodsucking action — albeit, in pint-sized form. 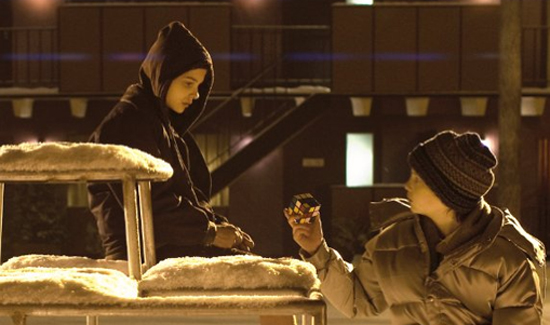 Based on the critically acclaimed Swedish film Let the Right One In, the movie centers on a bullied social outcast (Kodi Smit-McPhee) who becomes curious when young Abby (Chloe Moretz) moves into his building with her guardian (Richard Jenkins). The two form a complicated friendship — complicated in that she's a vampire. I'm sure devotees of the original may have beef with a remake, but this preview looks promising (and, of course, Moretz is utterly creepy). If you're a fan of the Swedish version, take a look at the trailer, and let me know what you think. The film comes to theaters Oct. 1, but for now just read more.