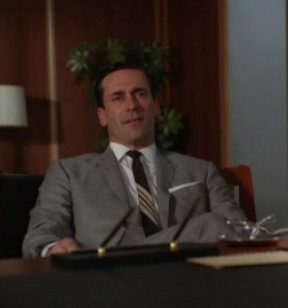 Now that True Blood is back, Mad Men, Summer's other most anticipated show, is playing the same game of tease before the premiere. We've seen a poster and a photo, and now we have a video. Though it's not a proper promo with new footage yet, it is a fun clip of Mad Men moments and the rules the characters live by. Creator Matthew Weiner steps in for some commentary, as do most of the stars in full costume. Weiner gives a few tidbits of what to expect in season four, but the real reason to watch the video is to see Roger Sterling's funniest quips in one place. Almost makes it seem like a comedy.

The new season starts July 25. Watch the video when you read more.

Selena Gomez
Only Murders in the Building Has Been Renewed, So What Will the Season 2 Mystery Be?
by Kelsie Gibson 2 days ago