Though you may have already retired your fist for pumping since the Jersey Shore season finale, don't expect the burnt-orange cast members to go into hibernation. Vinny is the latest to secure another post-Shore gig: he'll guest star on MTV show The Hard Times of RJ Berger. Besides his acting aspirations, Snooki got a book deal, Mike brought his Situation to Dancing With the Stars, Pauly D is getting his own spin-off, and JWoww is on the verge of being a professional lady wrestler. 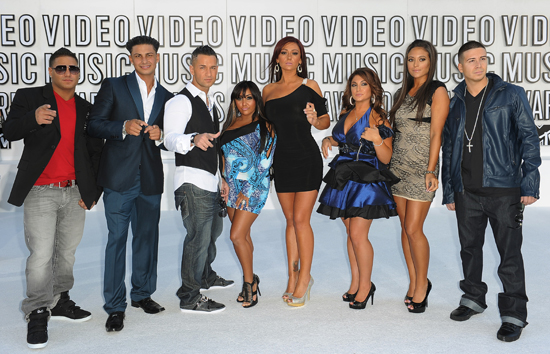 Their fellow housemates Sammi and Ron don't have anything major on the horizon yet, but it's only a matter of time before they make "T-Shirt Time" into a hit single. While you may be busy frowning upon the success of reality stars, there's no stopping the Jersey Shore juggernaut for now. The only thing left to ponder is, who will be the most successful?